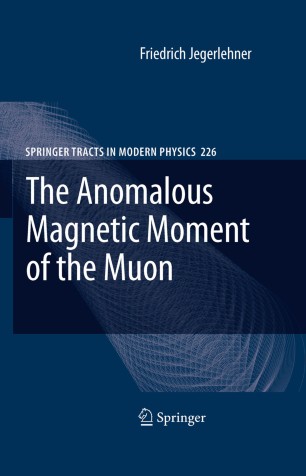 The Anomalous Magnetic Moment of the Muon

It seems to be a strange enterprise to attempt write a physics book about a single number. It was not my idea to do so, but why not. In mathematics, maybe, one would write a book about ?. Certainly, the muon’s anomalous magnetic moment is a very special number and today re?ects almost the full spectrum of e?ects incorporated in today’s Standard Model (SM) of fun- mental interactions, including the electromagnetic, the weak and the strong forces. The muon g? 2, how it is also called, is a truly fascinating theme both from an experimental and from a theoretical point of view and it has played a crucial role in the development of QED which ?nally developed into the SM by successive inclusion of the weak and the strong interactions. The topic has fascinated a large number of particle physicists, last but not least it was always a benchmark for theory as a monitor for e?ects beyond what was known at the time. As an example, nobody could believe that a muon is just a heavy version of an electron; why should nature repeat itself, it hardly can make sense.