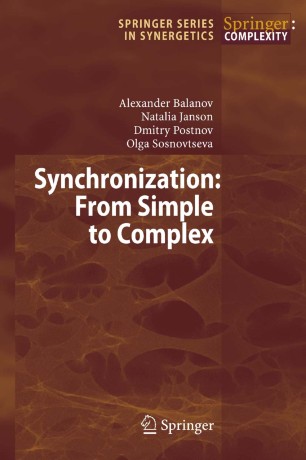 From Simple to Complex

Synchronization: From Simple to Complex is devoted to the fundamental phenomenon in physics – synchronization that occurs in coupled non-linear dissipative oscillators. Examples of such systems range from mechanical clocks to population dynamics, from human heart to neural networks. The authors study this phenomenon as applied to oscillations of different nature such as those with periodic, chaotic, noisy and noise-induced nature, reveal the general mechanisms behind synchronization, and bring to light other important effects that accompany synchronization such as phase multistability, dephasing and multimode interaction. The main purpose of this book is to demonstrate that the complexity of synchronous patterns of real oscillating system can be described in the framework of the general approach.