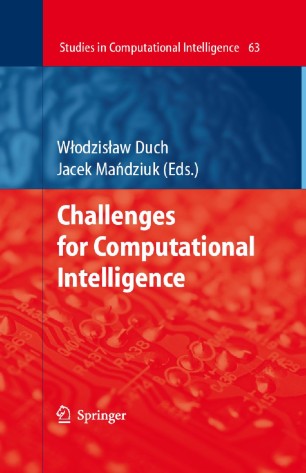 In the year 1900 at the International Congress of Mathematicians in Paris David Hilbert delivered what is now considered the most important talk ever given in the history of mathematics, proposing 23 major problems worth working at in the future. One hundred years later the impact of this talk is still strong: some problems have been solved, new problems have been added, but the direction once set -- identify the most important problems and focus on them
-- is still actual.

Computational Intelligence (CI) is used as a name to cover many existing branches of science, with artificial neural networks, fuzzy systems and evolutionary computation forming its core. In recent years CI has been extended by adding many other subdisciplines and it became quite obvious that this new field also requires a series of challenging problems that will give it a sense of direction. Without setting up clear goals and yardsticks to measure progress on the way many research efforts are wasted.

The book written by top experts in CI provides such clear directions and the much-needed focus on the most important and challenging research issues, showing a roadmap how to achieve ambitious goals.