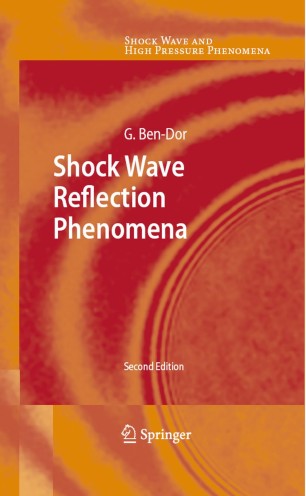 This book provides a comprehensive state-of-the-knowledge description of the shock wave reflection phenomena from a phenomenological point of view.

The second, third and fourth parts describe the reflection phenomena in steady, pseudo-steady and unsteady flows, respectively. Here, the possible specific types of reflection wave configurations are described, criteria for their formation and termination are presented and their governing equations are solved analytically and graphically and compared with experimental results.

The resolution of the well-known von Neumann paradox and a detailed description of two new reflection-wave configurations - the Guderely reflection (GR) and Vasilev reflection (VR) - are also given.

The fifth part is a detailed listing of the most relevant scientific papers and research reports that have been published so far in the field of shock wave reflection phenomena.

Intended as both introduction and reference, this book will benefit scientists and engineers in shock wave related academic and industrial research and development, as well as graduate students wishing to specialize in the field.

"A must-read for anyone needing an overview, taxonomy, and a crisp and concise introduction to the fundamentals of plane oblique shock wave reflection. … The book is essential reading for anyone working in these areas. It is for a graduate level reader who needs to come up to speed in shock reflections. Its extensive list of references, in itself worth the book’s price, is a good source of material for further studies." (Sannu Mölder, American Institute of Aeronautics and Astronautics Journal, Vol. 46 (8), August, 2008)