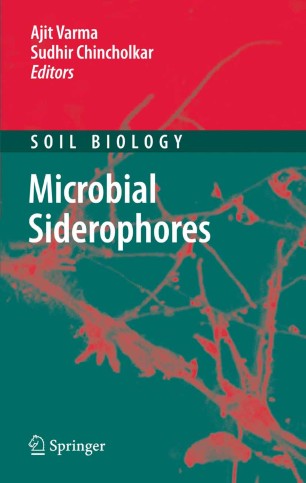 In response to low iron availability in the environment most microorganisms synthesize iron chelators, called siderophores. Bacteria and fungi produce a broad range of structurally diverse siderophores, which all show a very high affinity for ferric ions.

"Microbial Siderophores" presents an up-to-date overview of the chemistry, biology and biotechnology of these iron chelators. Following an introduction to the structure, functions and regulation of fungal siderophores, several chapters focus on siderophores of pseudomonads. Here, the technique of siderotyping, which has proved to be a rapid, accurate and inexpensive tool for pseudomonad characterization and identification, is described. Further, the biological significance of siderophores of symbiotic fungi and the possible role of siderophores in pathogenesis are discussed. In addition to methodological approaches, chapters on the biotechnological production of siderophores and their application in promoting human and plant health are included.