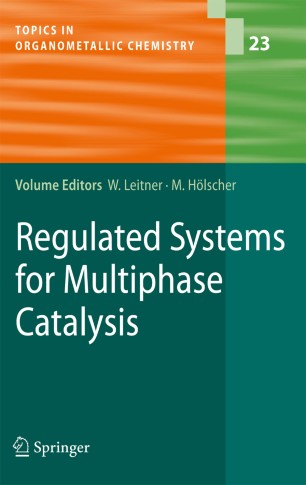 Multiphase catalysis in recent years has been shown in academia and industry to be the emerging key technology for the competitive and sustainable production of fine chemicals in the next decades. It convincingly unites the indispensable core advantages of homogeneous catalysis with future governmental and industrial sustainability criteria. In a joint effort by seven of Germany's most distinguished scientists in the field and four renowned industry partners a research consortium was established which for the first time has systematically explored and related the main issues and mutual interdependencies of the different approaches in multiphase catalysis. This work has resulted in the development of an expert tool box, which relates the complex chemical and process based requirements to be considered when setting up a catalytic system. The resulting competence covers various fields as supercritical fluid (SCF) technology in catalysis, ionic liquids (Il), ligand design for SFCs and Ils, thermomorphic solvent systems, reactor design and many more. The reader will receive a critical survey of the state of the art together with suggestions helping to choose on which integrated catalyst/solvent/condition-system is probably best for a given transformation.