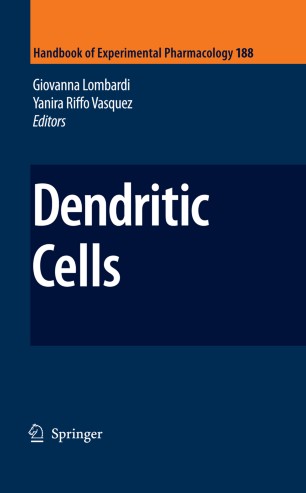 The understanding of the role of dendritic cells (DCs) in immune responses has come a long way since Steinmann and colleagues described these cells in 1972. - tensive research during the intervening period has provided a good understanding of the complexity of the DC system and its pivotal role in immunity. It is also now clearer how different subsets of DCs interact and regulate each other and how DC populations affect the function of other cells of the immune system. The improved understanding of their role in immune response has led to the idea that modulation of DC functions by, for example, pharmacological agents could be used as a pot- tial therapeutic approach in some pathological conditions. The actual applicability and therapeutic potential of all these approaches is yet to be fully demonstrated but nonetheless, animal models of human diseases are proving to be very helpful in the evaluation of manipulated DCs as a new treatment in diseases like cancer, auto- munity or asthma. DCs are integral to the initiation and regulation of immune response (Banchereau et al. 2000). The outcome of antigen presentation by DCs is determined by their maturation status, which can be induced by their interaction with danger signals. To recognise a wide array of pathogen-associated molecular patterns (PAMP), DCs express a number of pattern recognition receptors (PRR) such as Toll-like rec- tors (TLRs) and C-type lectin receptors (CLR) that recognise structural components of pathogens and discriminate between self and non-self molecules.