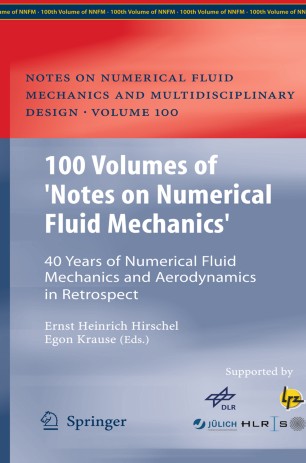 40 Years of Numerical Fluid Mechanics and Aerodynamics in Retrospect

This volume contains 37 invited contributions, collected to celebrate one hundred volumes of the NNFM Series. After a general introduction overviews are given in five parts of the developments in numerical fluid mechanics and related fields. In the first part information about the series is given, its origins are discussed, as well as its environment and the German and European high-performance computer scene. In Part II the co-editors of the series give short surveys over developments in their countries. Current applications, mainly in the aerospace sector, but also in the automotive sector, are discussed in Part III. Applications to flow problems in engineering and physics, ranging from hydraulic machinery to astrophysics, are the topics of Part IV. Algorithms, computer science, commercial CFD, public partnerships in high-performance computing, and hardware development up to petaflops computers are treated in Part V. All volumes, which were published in the series finally are listed in Part VI.