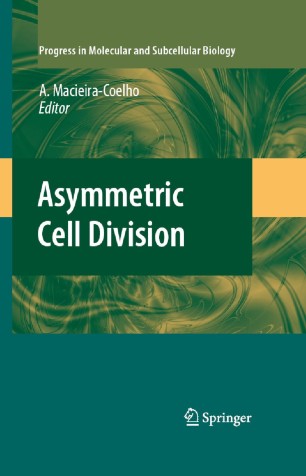 Part of the Progress in Molecular and Subcellular Biology book series (PMSB, volume 45)

Cell biologists have recently become aware that the asymmetry of cell division is an important regulatory phenomenon in the fate of a cell. During development, cell diversity originates through asymmetry; in the adult organism asymmetric divisions regulate the stem cell reservoir and are a source of the drift that contributes to the aging of organisms with renewable cell compartments. Because of the concept of semi-conservative DNA synthesis, it was thought that the distribution of DNA between daughter cells was symmetric. The analysis of the phenomenon in cells during mitosis, however, revealed the asymmetry in the distribution of the genetic material that creates the drift contributing to aging of mammals. On the other hand, cancer cells can originate from a deregulation of asymmetry during mitosis in particular during stem cell expansion. The book describes the phenomenon in different organisms from plants to animals and addresses its implications for the development of the organism, cell differentiation, human aging and the biology of cancers.