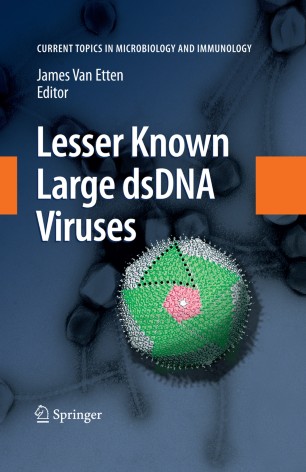 Several large dsDNA-containing viruses such as poxviruses (smallpox) and herpes viruses are well known among the scientific community, as well as the general populace, because they cause human diseases. The large dsDNA insect-infecting baculoviruses are also well known in the scientific community because they are used both as biological control agents and as protein expression systems. However, there are other large dsDNA-containing viruses, including the giant 1.2 Mb mimivirus, which are less well known despite the fact that all of them play important roles in every day life. Seven of these virus families are reviewed in this book.