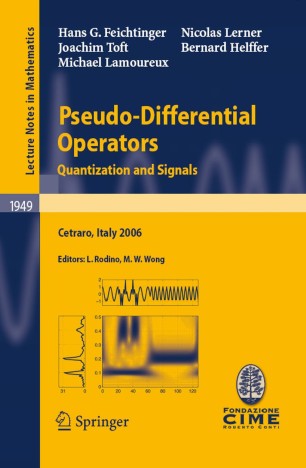 Pseudo-differential operators were initiated by Kohn, Nirenberg and Hörmander in the sixties of the last century. Beside applications in the general theory of partial differential equations, they have their roots also in the study of quantization first envisaged by Hermann Weyl thirty years earlier. Thanks to the understanding of the connections of wavelets with other branches of mathematical analysis, quantum physics and engineering, such operators have been used under different names as mathematical models in signal analysis since the last decade of the last century.