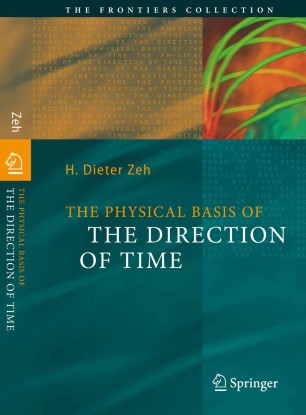 The Physical Basis of the Direction of Time

This thoroughly revised 5th edition of Zeh's classic text investigates irreversible phenomena and their foundation in classical, quantum and cosmological settings. It includes new sections on the meaning of probabilities in a cosmological context, irreversible aspects of quantum computers, and various consequences of the expansion of the Universe. Many other sections have been rewritten. In particular, the book contains an analysis of the physical concept of time, a detailed treatment of radiation damping as well as extended sections on quantum entanglement and decoherence, arrows of time hidden in various interpretations of quantum theory, and the emergence of time in quantum gravity. Both physicists and philosophers of science will find in this book a magnificent survey and a concise, technically sophisticated, up-to-date discussion which shows fine sensitivity to crucial conceptual subtleties.

"The discussion is lucid and intuitive without glossing over the important details."

H. Dieter Zeh studied physics in Brunswick and Heidelberg, where he began work on theoretical nuclear physics. After a year of research at the California Institute of Technology, he moved to the University of California in San Diego to work on the synthesis of the heavy elements, before returning to the University of Heidelberg, where he later became professor of theoretical physics. His studies of collective motion in nuclei led him to address the quantum-to-classical transition in general, and in particular the quantum measurement problem, which is in turn related to many aspects of irreversibility (arrows of time). During this work, Zeh recognized and formulated the universal and unavoidable role of uncontrollable quantum entanglement, thus becoming a founder of the area now known as decoherence.

From the reviews of the fifth edition:

"Why does one never see a broken cup on the floor, jump back on the table? A question that many will have heard during lectures on statistical physics … . Dieter Zeh addresses this and similar phenomena expressing the asymmetric evolution of time. … I would like to recommend this book to those who have a deep interest in the problems associated with the arrow of time, as it contains a enormous amount of information on the subject and explains the problems very well." (J. Dubbeldam, Kwantitatieve Methoden, 2008)

"This book is a real gem, providing concise yet clear and comprehensive coverage of the classic problem of time, ranging from classical electromagnetism and thermodynamics to quantum cosmology. The discussion is lucid and intuitive without glossing over the important details. It is a treat to learn about the role of decoherence from the man who discovered it." (Max Tegmark)

"H. Dieter Zeh, one of the main founders of decoherence theory, sets forth here a most penetrating analysis of recent advances in classical statistical mechanics, quantum physics and theoretical cosmology, enabling him to convincingly establish the observer-relatedness of the concept of entropy, along with that of macroscopic description in general. Both, he shows, are ultimately due to the unavoidable use of the relevance notion, itself linked to the fact that we, observers, are local whereas whatever may be called objective (i.e. mind-independent) reality is unquestionably nonlocal. Certainly one of the most informative, thorough and thought-provoking books on the subject." (Bernard d'Espagnat)

"Dieter Zeh has made important pioneering contributions to the interpretation of quantum mechanics and the study of the direction of time. His comprehensive and frequently republished book on the fascinating issue of time's arrow has few if any rivals." (Julian Barbour)

"This is a great book. It engages the reader in a philosophical meditation on time (much clearer, and in my opinion deeper than Heidegger's "Being and Time"). It is moreover a learned book in which every necessary physical or mathematical argument is given explicitly and cleanly. I learned much from it and nothing that I happened to know was missing." (Roland Omnes)

"An authoritative treatment of an exciting and controversial subject: The origins and implications of the arrow of time are traced from its genesis at the microscopic quantum level to the macroscopic thermodynamic setting and include the analysis of Maxwell's demon. The monograph concludes with a provocative discussion of the arrow of time in the context of quantum gravity and cosmology. Dieter Zeh guides the reader with a sure hand through the meanderings of the subject, pointing out unexpected connections, and shedding new light on the remaining mysteries." (Wojciech Zurek)