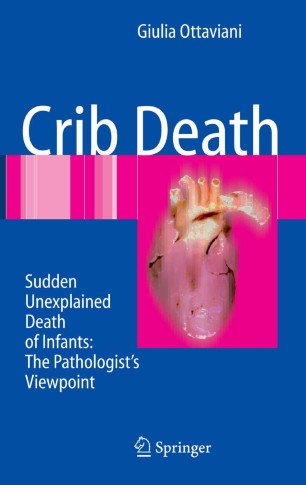 Crib death (SIDS) is the most frequent cause of death for infants during the first year, striking 1 out of every 700-1,000. Scarce knowledge in the field of SIDS and its pathology has led to a continued and growing concern with finding an explanation, with the goal of being able to either predict or quickly diagnose the infant or term fetus.

A systematic study of the autonomic nervous system and cardiac system has been performed on a large number of infants and fetuses who died suddenly and unexpectedly, as well as in age-matched control cases. The neurological and cardiac findings are described here, and the relationship between SIDS and unexplained fetal death is discussed.

This book helps pathologists, forensic pathologists, pediatricians, obstetrics, and neonatologists in recognizing all potential morphological substrata and puts forward a well-researched postmortem study for use in a standardized autopsy protocol for use in all cases of sudden unexpected infant and fetal death.