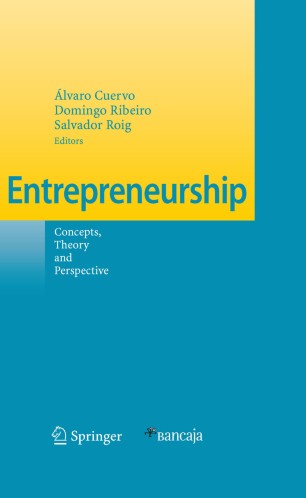 With so many theories and so many scientific bodies implicated in its study, Entrepreneurship can, at times, seem like a veritable jungle where finding one's way can prove to be difficult. This book functions as a map locating  the most important issues:  those where an acceptable consensus already exists, and those that remain open to discussion. In so doing, we have presented the accounts of distinguished explorers in their own words. The book contains three parts reflecting the synergistic approach opted for by the editors: Concepts, Theory, and Perspective, that correspond to previously published academic articles that were either important in the scientific consolidation of Entrepreneurship, or that present challenges for the future.