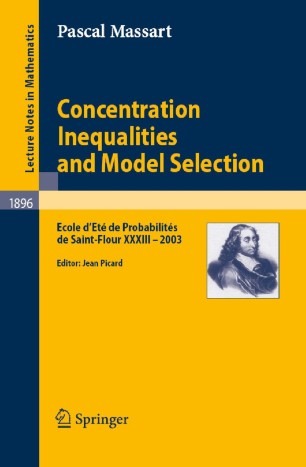 Since the impressive works of Talagrand, concentration inequalities have been recognized as fundamental tools in several domains such as geometry of Banach spaces or random combinatorics. They also turn out to be essential tools to develop a non-asymptotic theory in statistics, exactly as the central limit theorem and large deviations are known to play a central part in the asymptotic theory. An overview of a non-asymptotic theory for model selection is given here and some selected applications to variable selection, change points detection and statistical learning are discussed. This volume reflects the content of the course given by P. Massart in St. Flour in 2003. It is mostly self-contained and accessible to graduate students.