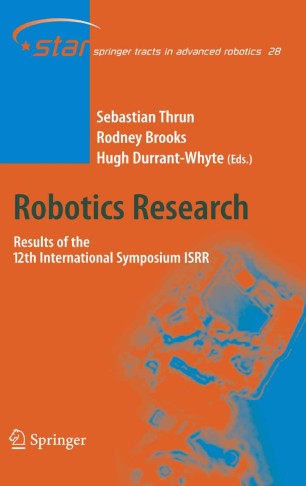 This volume contains a collection of 50 contributed papers, which were presented at the 12th International Symposium of Robotics Research. These papers are organized in twelve scientific tracks: Physical Human-Robot Interaction and Haptics, Planning, Humanoids, Mechanisms and Design, Simultaneous Localization and Mapping, Field Robots, Robotic Vision, Robot Design and Control, Underwater Robotics, Learning and Adaptive Behavior, Networked Robotics, and Interfaces and Interaction. Further articles in this volume summarize one of the invited overview talks of the scientific panel that took place during the ISRR.

Historically, the proceedings of the ISRR have featured ground-breaking work of the highest caliber, which influenced generations to come. The present volume promises to be no exception. The collection of scientific articles in this volume provides new insights to important problems in robotics, written by some of the leaders in the field.