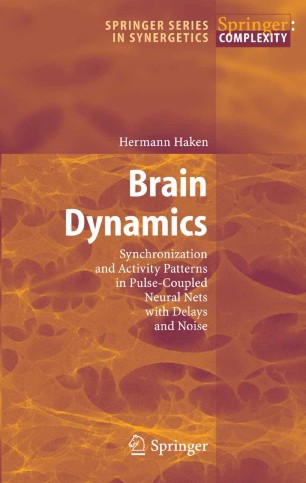 This book addresses a large variety of models in mathematical and computational neuroscience. It is written for the experts as well as for graduate students wishing to enter this fascinating field of research. The author studies the behaviour of large neural networks composed of many neurons coupled by spike trains. He devotes the main part to the synchronization problem. He presents neural net models more realistic than the conventional ones by taking into account the detailed dynamics of axons, synapses and dendrites, allowing rather arbitrary couplings between neurons. He gives a complete stabile analysis that goes significantly beyond what has been known so far. He also derives pulse-averaged equations including those of the Wilson--Cowan and the Jirsa-Haken-Nunez types and discusses the formation of spatio-temporal neuronal activity pattems. An analysis of phase locking via sinusoidal couplings leading to various kinds of movement coordination is included.