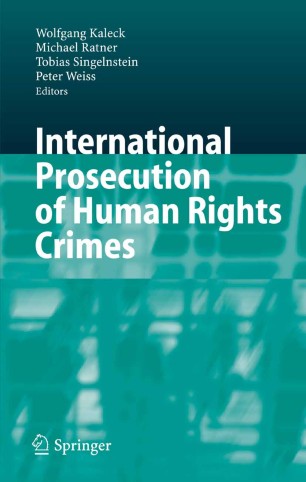 1 In his separate opinion in the Nuclear Weapons case, Judge Mohammed Bed- oui, then the President of the International Court of Justice, called nuclear we- ons “the absolute evil. ” There are a few other things which merit being called - solutely evil. They are the predicates of the International Criminal Court and of various domestic laws patterned on the Rome Statute: war crimes, crimes against humanity, genocide, and aggression. A conference organized by the Berlin-based Republikanischer Anwältinnen- und Anwälteverein (Republican Lawyers As- ciation) and the New York-based Center for Constitutional Rights was held in Berlin in June 2005 under the title Globalverfassung versus Realpolitik (Global Constitution versus Realpolitik). It dealt with the tension between these univ- sally accepted norms and the actual practice of governments in an age charact- ized by the ill-defined concept of the “war on terror. ” This book is the outcome of that conference. It is intended for a wide variety of readers: academics, all kinds of jurists, as well as human rights activists, who sometimes know more about the applicable law than the legal experts. It owes its existence to a paradox: On the one hand, new structures for dealing with the most serious international crimes are being put into place.