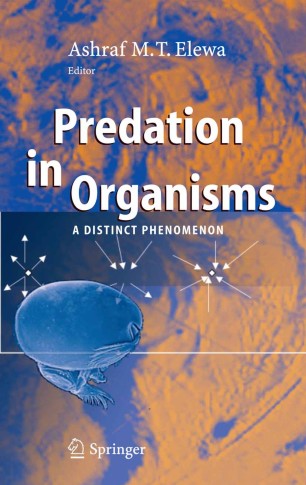 Predation is considered one of the distinct phenomena related to the interrelationships between species on the Earth. Predation is an interaction between organisms (animals) in which one organism (predator) captures and feeds upon another (prey). Others consider predation as an interaction between two species in which one of them gains and the other loses.

There are diverse predators living on the Earth, ranging in size from micro-creatures, like ostracods, to big mammals like lions and tigers. Of course, we, humans, think of these big cats as well as reptiles, like crocodiles and snakes, as typical predators. However, spiders, centipedes, most lizards and turtles, and frogs are also voracious predators. In general, predation is widespread not only in wildlife but also in marine environments where big fishes eat small fishes and other organisms of the sea.

Some important questions arise to mind when discussing this subject: what is behind predation? Why some predators do not benefit from their prey after killing them? Are there genetic origins of this antagonism between organisms? Why some female organisms kill their males after completion of sex? How can we avoid predation? To answer these questions an excellent group of experts working on this phenomenon discuss the following main topics: What is behind predation in organisms? - Factors affecting predation in organisms - Predator-prey interaction - The distinct role of predation in keeping the environmental equilibrium - Examples of predation in the fossil record - Examples of predation in marine and non-marine organisms - Herbivory, carnivory, cannibalism, parasitoidism, and parasitism - Scavenging compared to predation - Future trends in this subject.