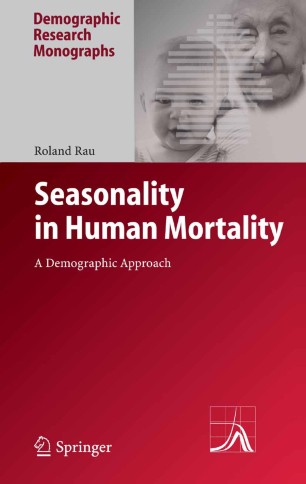 Seasonal fluctuations in mortality are a persistent phenomenon across populations. In Western countries of the Northern hemisphere, mortality is typically larger in winter than in summer which is attributed to the detrimental effects of cold to health. This does, however, not explain why in colder countries the differences between winter and summer mortality are smaller than in countries with warm or moderate climate. This book, therefore, investigates whether sociodemographic and socioeconomic factors play a role as important for seasonal mortality as they do for mortality in general. Using modern statistical methods, the book shows, for example for the United States, that the fluctuations between winter and summer mortality are smaller the more years someone has spent in school.

"Roland Rau’s monograph on ‘Seasonality in Human Mortality’ is really welcome. Based on his dissertation, the book comprises two original studies of seasonal mortality, one in the US and the other in Denmark. … This book is the third volume of the Demographic Research Monographs series published since 2004 by Springer for the Max Planck Institute for Demographic Research. … It is highly appreciated that the new series is also open to young and promising researchers." (Jean-Marie Robine, European Journal of Population, Vol. 24, 2008)