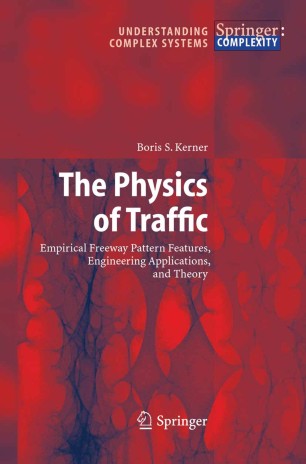 The Physics of Traffic

This book is devoted to the explanation of freeway traffic congestion, a fact of life for many car drivers. Results of empirical observations of freeway congestion, which exhibit diverse complex spatiotemporal patterns including moving traffic jams, are analyzed. Empirical features of these reproducible freeway traffic patterns only recently sufficiently well understood are reviewed. In the first part, three-phase traffic theory can be found, which is the basis for a physical theory of traffic phenomena and its applications in engineering. In the second part, the empirical spatiotemporal patterns are examined and, finally in parts III and IV, the mathematical model and the engineering applications are addressed. The Physics of Traffic addresses researchers and practitioners alike.