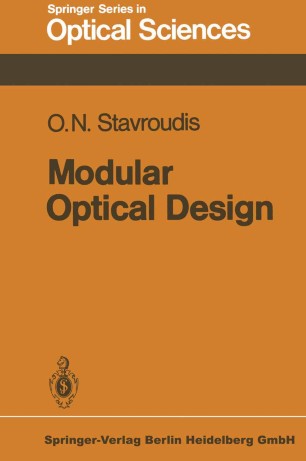 Images are ubiquitous. Their formation is one of natures universalities. Water droplets in suspension act in concert to produce rainbows. A partially filled wine glass can be made to form the image of a chandelier at aboring dinner party. The bottom of a water glass, too, can be made to produce an optical image, wildly distorted perhaps, but nevertheless recognizable as an optical image. Primitive folklore abounds with images. Perseus used his highly polished shield as a rear view mirror to lop off Medusa's head without turning hirnself into stone. Narcissus, displaying incrediblY poor taste, fell in love with his own reflection in a pool of water, causing poor Echo to pine away to a me re echo and providing yet another term for the psychoanalytic lexicon. Strepsiades, according to Aristophanes, proposed using a "burning stone" to melt a summons off the bailiff's wax tablet. And the castaways in Jules Vernes' MYsterious Is~nd made a burning glass by freezing water in a watch crystal. Everyone from the Baron Münchhausen to Tom Swift has gotten into the optics act with incredible but eminently useful optical devices. Indeed, Mother Nature herself has had a hand in evolving image-making de­ vices. Any reasonably symmetrie glob of transparent material, such as an ag­ gregate of cells, is capable of forming an image. It is not difficult to imag­ ine the specialization of such an aggregate into a blastula-like structure with an anterior window and light sensitive neurons at its posterior region.