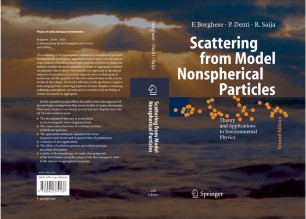 Theory and Applications to Environmental Physics

The scattering of electromagnetic radiation by nonspherical particles has become an increasingly important research topic over the past 20 years. Instead of handling anisotropic particles of arbitrary shape, the authors consider the more amenable problem of aggregates of spherical particles. This is often a very satisfactory approach as the optical response of nonspherical particles depends more on their general symmetry and the quantity of refractive material than on the precise details of their shape. The book addresses a wide spectrum of applications, ranging from scattering properties of water droplets containing pollutants, atmospheric aerosols and ice crystals to the modeling of cosmic dust grains as aggregates.

In this extended second edition the authors have encompassed all the new topics arising from their recent studies of cosmic dust grains. Thus many chapters were deeply revised and new chapters were added. The new material spans