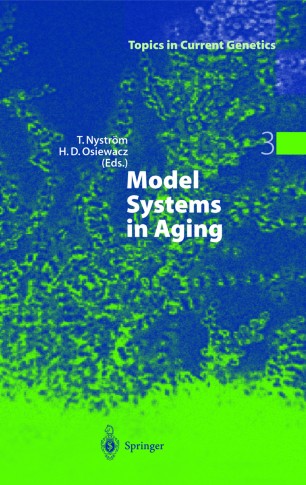 Aging is the progressive decline in biological functions over time. This decline targets macromolecules, cells, tissues and, as a consequence, whole organisms. Despite considerable progress in the development of testable hypothesis concerning aging in an evolutionary context, a unifying theory of the molecular/physiological mechanistic causes of aging has not been reached. In fact, is it not clear to what extent aging is a programmed or stochastic process.

This book takes the reader from unicellular bacterial deterioration via senescence in yeast and worms to aging in rodents and humans, allowing a comparative view on similarities and differences in different genetic model systems. The different model systems are scrutinized in the light of contemporary aging hypothesis, such as the free radical and genomic instability theories.