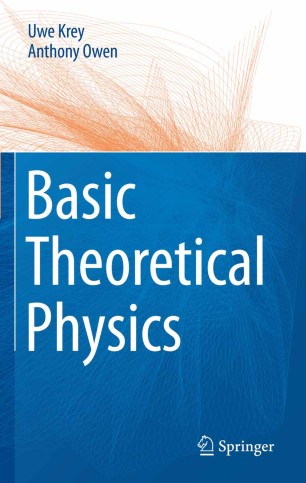 This concise treatment embraces, in four parts, all the main aspects of theoretical physics (I . Mechanics and Basic Relativity, II. Electrodynamics and Aspects of Optics, III. Non-relativistic Quantum Mechanics, IV. Thermodynamics and Statistical Physics). It summarizes the material that every graduate student, physicist working in industry, or physics teacher should master during his or her degree course. It thus serves both as an excellent revision and preparation tool, and as a convenient reference source, covering the whole of theoretical physics. It may also be successfully employed to deepen its readers' insight and add new dimensions to their understanding of these fundamental concepts. Recent topics such as holography and quantum cryptography are included, thus making this a unique contribution to the learning material for theoretical physics.

"A comprehensive work covering the material that graduate students in physics typically would study in preparing for doctoral candidacy examinations. … This book would be very useful for self-study by motivated students, or for preparation for candidacy exams. … Practicing physicists may find that the brief, accessible treatments of many topics will earn this book a place on a convenient bookshelf. Summing Up: Recommended. Upper-division undergraduates through professionals." (M. C. Ogilvie, CHOICE, Vol. 45 (7), 2008)

"The book, written by two … ‘working physicists’, contains what the authors regard as being ‘basic knowledge’ in the standard courses of theoretical physics (yet) held at German Universities. … is primarily intended to cover the ‘Basic Theoretical Physics’ in a single and handy volume. … Hence, the book should be considered as being a kind of ‘compendium’ of … formulas used in theoretical physics where the formulas are filled in between with some remarks." (Jürgen Tolksdorf, Zentralblatt MATH, Vol. 1134 (12), 2008)