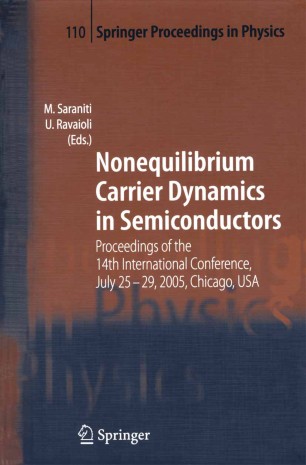 International experts gather every two years at this established conference to discuss recent developments in theory and experiment in non-equilibrium transport phenomena. These developments have been the driving force behind the spectacular advances in semiconductor physics and devices over the last few decades. Originally known as "Hot Carriers in Semiconductors," the 14th conference in the series covered a wide spectrum of traditional topics dealing with non-equilibrium phenomena, ranging from quantum transport to optical phenomena in mesoscopic and nano-scale structures. Particular attention was given this time to emerging areas of this rapidly evolving field, with many sessions covering terahertz devices, high field transport in nitride semiconductors, spintronics, molecular electronics, and bioelectronics applications.