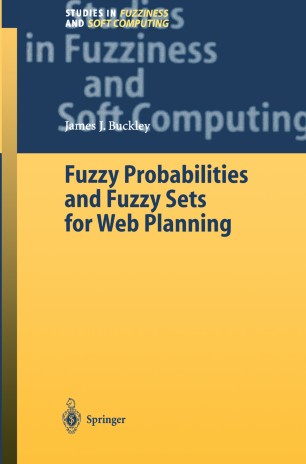 Part of the Studies in Fuzziness and Soft Computing book series (STUDFUZZ, volume 135)

This book presents important applications of soft computing and fuzziness to the growing field of web planning. A new method of using fuzzy numbers to model uncertain probabilities and how these can be used to model a fuzzy queuing system is demonstrated, as well as a method of modeling fuzzy queuing systems employing fuzzy arrival rates and fuzzy service rates. All the computations needed to get to the fuzzy numbers for system performance are described starting for the one server case to more than three servers. A variety of optimization models are discussed with applications to the average response times, server utilization, server and queue costs, as well as to phenomena identified with web sites such as "burstiness" and "long tailed distributions".