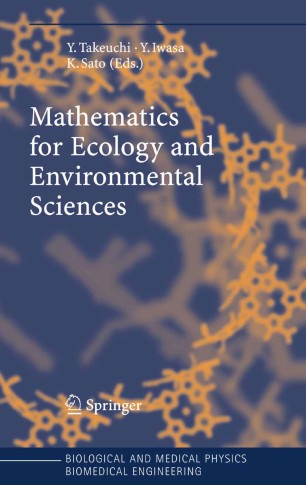 Mathematics for Ecology and Environmental Sciences

Dynamical systems theory in mathematical biology has attracted much attention from many scientific directions. The purpose of this volume is to discuss the many rich and interesting properties of dynamical systems that appear in ecology and environmental sciences. The main topics include population dynamics with dispersal, nonlinear discrete population dynamics, structured population models, mathematical models in evolutionary ecology, stochastic spatial models in ecology, game dynamics and the chemostat model. Each chapter will serve to introduce students and scholars to the state-of-the-art in an exciting area, to present important new results, and to inspire future contributions to mathematical modeling in ecology and environmental sciences.

"Interest in and sophistication with mathematical modeling in environmental science has grown significantly in the last decade, spurred at least in part by issues of global warming. Mathematics for Ecology and Environmental Sciences is a collection of papers from a 2004 conference … . The current volume concentrates on population dynamics in a broad sense. … This small volume is … a good introduction to the field for non-specialists who want to sample the area." (Bill Satzer, MathDL, May, 2007)