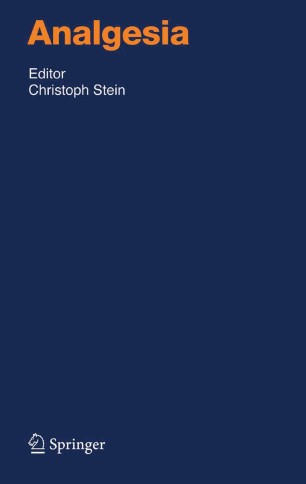 Analgesics are among the oldest drugs described, albeit not necessarily for medicinaluse. Forexample,theSumeriansisolatedopioids(probablyfortheir euphoric effects) in the third millennium b. c. and the use of willow bark (salicin) for fever was ?rst reported in the eighteenth century. Both types of drugs are still in use, but today they are supplemented by a wide array of substances ranging from antidepressants to ion channel blockers. Not all of theseareprescribedbyphysicians. Manycompoundsaresoldoverthecounter and thus available to the public for self-medication. As a result, analgesics are also the most misused class of drugs and are the culprit for a multitude of healthproblemsdueto untoward sideeffects. Thisvolumeattemptstosummarizethecurrentstateofknowledgeonme- anisms underlying the various effects of these drugs, their side effect pro?les, and their indications and contraindications in clinical use. It also gives - sights into current efforts to discover novel mechanisms underlying different types of pain generation and the resulting development of new modulating compounds. Theseefforts haveemergedmostlyas aconsequenceofthemore profound insights provided by molecular methods and of the now common use of animal models of pathological, rather than physiological, pain. These important issues are elaborated in the introductory chapter. In parallel, c- temporaryinterdisciplinarytreatmentapproacheshavetaughtusthatsomatic mechanisms alone cannot explain pain; it is an experience shaped as well by social context, memory, and other psychological phenomena. Thus, the book closes with two chapters putting pharmacological strategies into a broader perspective. All of these advancements culminate in the contemporary c- mon goal of developing mechanism-based rather than empiric approaches to thetreatment ofpain.