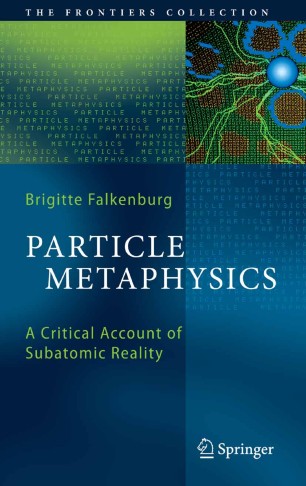 The empirical successes of atomic, nuclear, and particle physics have not reduced -- and may never fully resolve -- the philosophical controversies about the inner constitution of matter. This book examines these debates by exploring the particle concept in physics. Are the particles of modern physics "real" or are they fictitious entities, their existence deduced merely by the careless application of abstract theories? Or are the philosophers involved in the debate about "scientific realism" dedicating themselves to a problem that has long been solved by physicists? Studies of the experimental basis and theoretical relevance of the particle concept reveal that these questions are far from easy to answer, because, since the introduction of quantum theory, physical science no longer possesses a single unambiguous particle concept. All those interested in the "true meaning" of such physical concepts will find this book informative and thought provoking. It is written at a level accessible to scholars, students and teachers of science and philosophy.

"This work could, and should, change the direction of current philosophy of science. Accomplished physicist-philosopher Falkenburg … has constructed a significant metaphysical framework in which to evaluate the knowledge claims of empirical particle physics. … Urgently recommended to all philosophers of science and interested physicists. Summing Up: Highly recommended. Upper-division undergraduates through faculty." (P. D. Skiff, CHOICE, Vol. v4 (3), November, 2007)