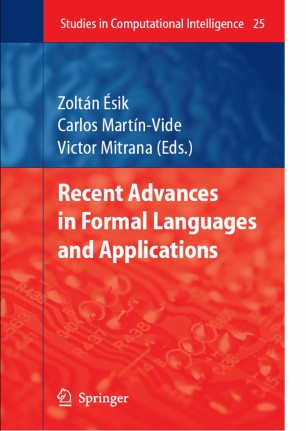 The theory of formal languages is widely accepted as the backbone of theoretical computer science originating from mathematics and generative linguistics. All human problem solving capabilities can be considered in a certain sense as a manipulation of symbols and structures composed by symbols, which is actually the stem of formal language theory. Language – in its two basic forms, natural and artificial – is a particular case of a symbol system.

The contributors present the main results and techniques of their specialty areas in an easily accessible way accompanied with many references having multiple roles: historical, hints for complete proofs or solutions to exercises and directions for further research where the reader may identify attractive problems. This volume contains areas, mainly applications, which have not appeared in any collection of this type. The book representing "a gate to formal language theory and its applications", will be useful as a general source of information in computation theory, both at the undergraduate and research level.