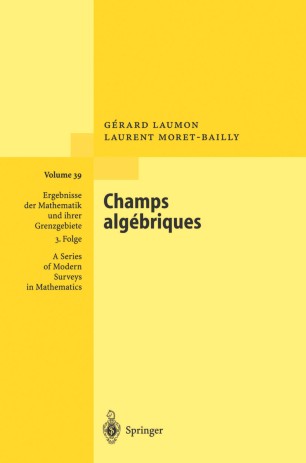 The theory of algebraic stacks emerged in the late sixties and early seventies in the works of P. Deligne, D. Mumford, and M. Artin. The language of algebraic stacks has been used repeatedly since then, mostly in connection with moduli problems: the increasing demand for an accurate description of moduli "spaces" came from various areas of mathematics and mathematical physics. Unfortunately the basic results on algebraic stacks were scattered in the literature and sometimes stated without proofs. The aim of this book is to fill this reference gap by providing mathematicians with the first systematic account of the general theory of (quasiseparated) algebraic stacks over an arbitrary base scheme. It covers the basic definitions and constructions, techniques for extending scheme-theoretic notions to stacks, Artin's representability theorems, but also new topics such as the "lisse-étale" topology.