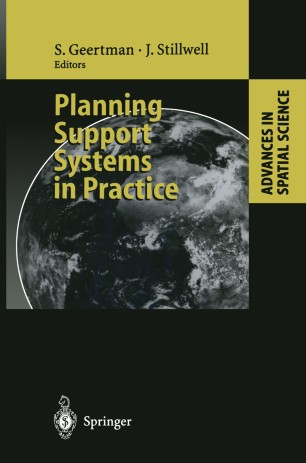 Planning Support Systems: Technologies that are Driving Planning Michael Batty Centre for Advanced Spatial Analysis (CASA), University College London, 1-19 Torrington Place, London WC 1 E 6BT, United Kingdom I had always thought the term 'Planning Support Systems', abbreviated to PSS, had been coined by the father of land use modelling, Britton Harris, in his article 'Beyond Geographic Information Systems: computers and the planning professional' published in the Journal of the American Planning Association in 1989 (Harris 1989). Until I asked hirn, that iso In a response to a paper he gave to the Urban and Regional Information Systems Association (URISA) in the summer of 1987, he told me that someone in the audience who he cannot quite remember, actually coined the term, referring to 'planning support systems' as that constellation of digital techniques (such as GIS) which were emerging to support the planning process. In fact, the predecessor term 'decision support systems' (DSS) from which this unknown originator obviously defined PSS by analogy, was coined as far back as the late 1970s in the management literature for a loose assemblage of techniques, usually computer-based, which aided management decisions. The term slowly entered the geographicallexicon as 'spatial decision support systems' (SDSS) and this is probably first attributable to Lew Hopkins and Mark Armstrong who used it in a paper published in AutoCarto 7 in 1985 (Hopkins and Armstrong 1985).