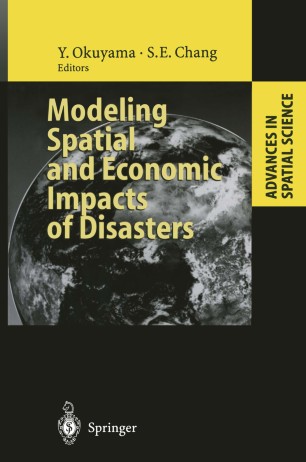 This volume is dedicated to the memory of Barclay G. Jones, Professor of City and Regional Planning and Regional Science at Cornell University. Over a decade ago, Barclay took on a fledgling area of study - economic modeling of disasters - and nurtured its early development. He served as the social science program director at the National Center for Earthquake Engineering Research (NCEER), a university consortium sponsored by the National Science Foundation and the Federal Emergency Management Agency of the United States. In this capacity, Barclay shepherded and attracted a number of regional scientists to the study of disasters. He organized a conference, held in the ill-fated World Trade Center in September 1995, on "The Economic Consequences of Earthquakes: Preparing for the Unexpected. " He persistently advocated the importance of social science research in an establishment dominated by less-than-sympathetic natural scientists and engineers. In 1993, Barclay organized the first of a series of sessions on "Measuring Regional Economic Effects of Unscheduled Events" at the North American Meetings of the Regional Science Association International (RSAI). This unusual nomenclature brought attention to the challenge that disasters -largely unanticipated, often sudden, and always disorderly - pose to the regional science modeling tradition. The sessions provided an annual forum for a growing coalition of researchers, where previously the literature had been fragmentary, scattered, and episodic. Since Barclay's unexpected passing in 1997, we have continued this effort in his tradition.