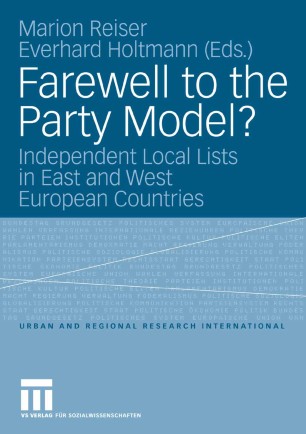 Farewell to the Party Model?

Local independent lists are a general phenomenon on the local level in many European countries – in established Western countries as well as in new democracies in Middle and Eastern Europe. The research is linked to the much-discussed phenomenon of the growing disenchantment with political parties and the sceptical evaluation of political parties on the local level. Typically, these lists understand themselves as non-parties or anti-parties and therefore assume a contra position in the local party system. The edited book aims first at developing a theoretical and conceptual framework for these non-partisan lists. Second, the contributions describe and analyse for the first time comparatively presence, success, organisational structure, behaviour and performance of these local actors in twelve West and East European countries.