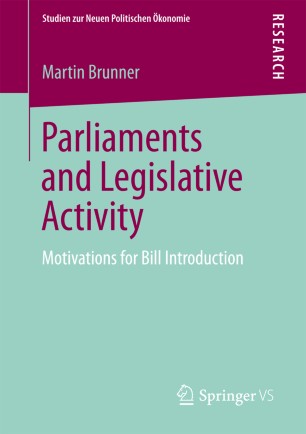 Martin Brunner aims at solving the puzzle of why opposition parties or government backbenchers propose legislation even though the chance to influence policy outcomes in this manner is almost nil. He argues that instead of influencing policies directly most parliamentary bills serve different purposes: They are used in order to signal own policy positions and to show alternatives to government policies. Or they point at topics that rank high on the public agenda but low on the government agenda. They can also be a means for individual Members of Parliament to build up an independent personal profile. Using formal models and comparative empirical evidence from Belgium, France, Germany, and the United Kingdom the author shows that parliamentary initiatives of opposition and backbenchers are not simply “much ado about nothing”, but the result of vote-seeking motivations.

Zielgruppen
- Researchers in the field of political science
- Members of Parliament

Martin Brunner is currently working as a researcher at the Department of Political Science, University of Mannheim.