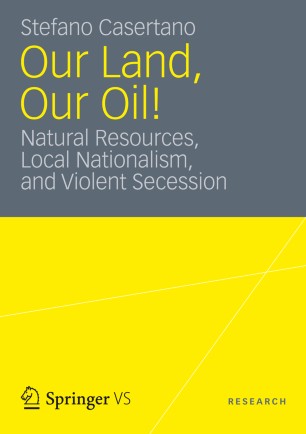 Our Land, Our Oil!

Stefano Casertano explores the connections between the presence of energy natural resources and the development of "local nationalism" in the producing regions. In particular, he applies a specific focus on those cases where such nationalism leads to secession attempts. The research is based on eight case studies in Bolivia, Sudan, Malaysia, Indonesia, China, Iran, Angola, and Nigeria.