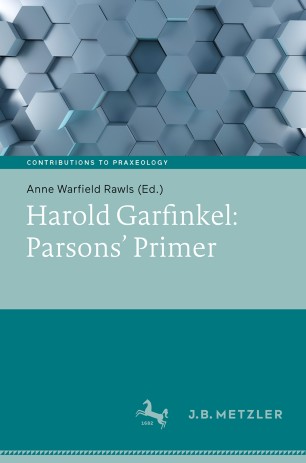 Harold Garfinkel (1917–2011) was one of the most important American sociologists and is the founder of Ethnomethodology. The book presents his previously unpublished manuscript Parsons’ Primer (1962/63) in which Garfinkel explains Parsons’ position on systems of social interaction and how it relates to his own position which is an important missing piece of Garfinkel’s argument.

With facsimile letters and an introduction written by Anne W. Rawls and Jason Turowetz.