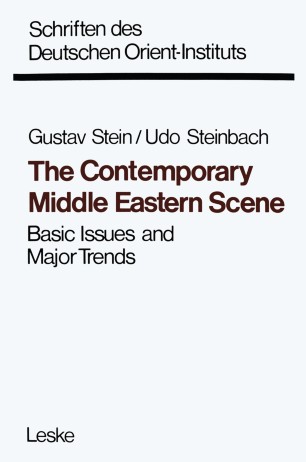 The contributions to this volume are based on papers read at an international confer­ ence held in Hamburg in May 1978. Some of them are reprinted in their original form, others have been slightly modified in order to incorporate more recent findings. Since the overall concern is Middle Eastern development the various contributions deal with a wide range of problems. Studies on the Middle East are more often than not one-sided because of the pre­ dominating interest in the Arab-Israeli conflict and the economic factors relating to the supply of oil. At the Hamburg Conference, however, the participants concentrated main­ lyon examining such aspects of the situation as are far too often relegated to the side­ lines. In order to illustrate what those neglected topics are one should refer to two major examples: 1) the religio-cultural identity of Arabs and Israelis, 2) the tackling of political issues in Arab and Israeli literature.