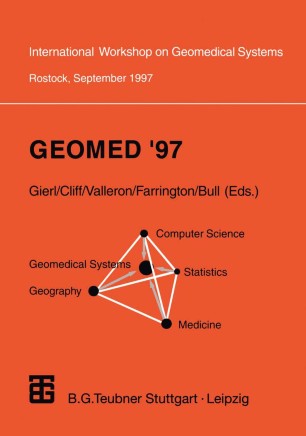 http://www.med.uni-rostock.de/HTML/Forschung/GEOMED/Buch.html>This volume contains the refereed proceedings of the first http://www.med.uni-rostock.de/HTML/Forschung/GEOMED/GEOMED97.html>Workshop on Geomedical Systems, GEOMED '97 , held in Rostock, Germany, in September 1997. Geomedical systems are information systems used to monitor the health situation in geographically-distributed populations. They are used both to detect and to forecast health risks. In recent years, many national and international (EU) projects on such systems have been established. These have involved geographers, epidemiologists, statisticians and computer scientists. System design has attempted to meet to needs of potential users. The papers in GEOMED '97 present new directions in the field of geomedical systems and explore the interface with related topics such as epidemiological modelling. The papers will be of central concern to all scientists whose work aims to reduce the impact of disease on the human population.