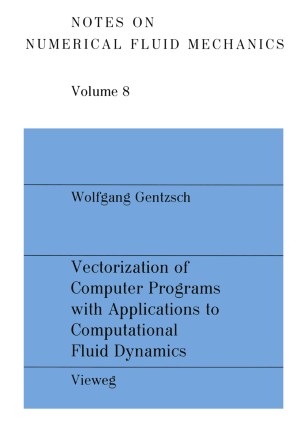 Vectorization of Computer Programs with Applications to Computational Fluid Dynamics

The scope of the present book is to offer the most efficient tools for the vectorization of serial computer programs. Here, by vectorization we understand the adaptation of computer programs to the special architecture of modern available vector computers to exploit fully their potential, which will often result in remarkable performance improvements. The book is written primarily for users working in the various fields of computational physics, for scientists as well as for programmers running their jobs on a vector computer. The text may, however, also be of value to those who are interested in numerical algorithms. Although the examples discussed in chapter 9 have been taken from Computational Fluid Dynamics, the numerical methods are well-known, and are applied in many fields of Computational Physics. The book is divided into four parts. After a short introduction which outlines the limits of conventional serial computers in contrast to the possibilities offered by the new vector machines, the second part is addressed to the discussion of some main features of existing computer architectures. We restrict ourselves to the vector computers CRAY-1S and CDC-CYBER 205, although, in the meantime, many vector and parallel computers and array processors are available such as DENELCOR's Heterogeneous Element Processor (HEP), ICL's Distributed Array Processor (DAP), SPERRY UNIVAC's Array Processing System (APS), STAR TECHNOLOGIES ST-l00, FLOATING POINT SYSTEMS' Array Processor (FPS), FUJITSU's FACOM VP-l00 and VP-200, HITACHI's Integrated Array Processor (lAP), HITACHI's S 810/10 and S 810/20 and others.