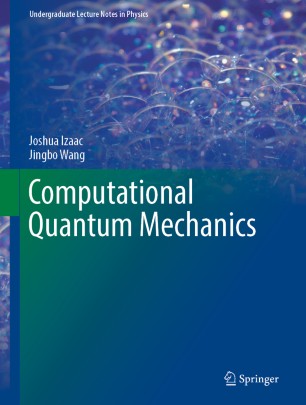 This textbook introduces the numerical techniques required to tackle problems in quantum mechanics, providing numerous examples en route. No programming knowledge is required – an introduction to both Fortran and Python is included, with code examples throughout.

With a hands-on approach, numerical techniques covered in this book include differentiation and integration, ordinary and differential equations, linear algebra, and the Fourier transform. By completion of this book, the reader will be armed to solve the Schrödinger equation for arbitrarily complex potentials, and for single and multi-electron systems.

Dr. Josh Izaac holds a PhD in Quantum Information and Computation from The University of Western Australia. He has been involved in teaching methods of computational physics and quantum mechanics for the past five years, and currently works as a computational physicist developing photonics-based quantum computing software. A freelance science journalist, his work has also appeared in Science and Australian Geographic.

Professor Jingbo Wang currently leads an active research group at The University of Western Australia, working in the general area of quantum information and computation, in particular quantum walks, quantum simulation, and quantum algorithm development. This textbook evolved out of several lecture courses on Computational Physics, Computational Quantum Mechanics, and Scientific High Performance Computation, which Professor Wang has taught since 2002 at The University of Western Australia.