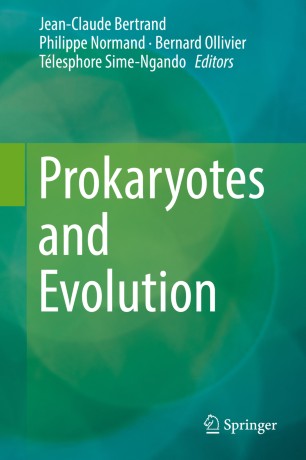 The purpose of this book is to show the essential and indispensable role of prokaryotes in the evolution of a living world. The evolutionary success of prokaryotes is explained together with their role in the evolution of the geosphere, the biosphere and its functioning, as well as their ability to colonize all biotopes, including the most extreme ones. We consider that all past and present living beings emerged from prokaryotes and have interacted with them. Forces and mechanisms presented in the various theories of evolution apply to prokaryotes. The major stages of their evolution and biodiversity are also described. Finally, it is emphasized that prokaryotes are living organisms that provide indisputable evidence of evolutionary processes. Many examples of ongoing evolution in prokaryotes, observable at the human scale, are provided.