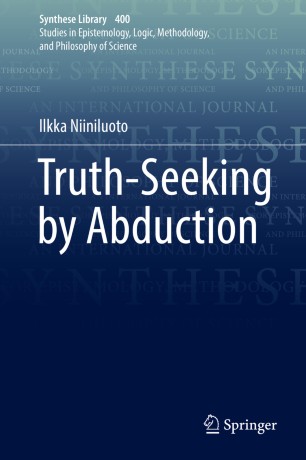 This book examines the philosophical conception of abductive reasoning as developed by Charles S. Peirce, the founder of American pragmatism. It explores the historical and systematic connections of Peirce's original ideas and debates about their interpretations. Abduction is understood in a broad sense which covers the discovery and pursuit of hypotheses and inference to the best explanation. The analysis presents fresh insights into this notion of reasoning, which derives from effects to causes or from surprising observations to explanatory theories.

The author outlines some logical and AI approaches to abduction as well as studies various kinds of inverse problems in astronomy, physics, medicine, biology, and human sciences to provide examples of retroductions and abductions. The discussion covers also everyday examples with the implication of this notion in detective stories, one of Peirce’s own favorite themes.

The author uses Bayesian probabilities to argue that explanatory abduction is a method of confirmation. He uses his own account of truth approximation to reformulate abduction as inference which leads to the truthlikeness of its conclusion. This allows a powerful abductive defense of scientific realism. This up-to-date survey and defense of the Peircean view of abduction may very well help researchers, students, and philosophers better understand the logic of truth-seeking.

Ilkka Niiniluoto is Professor Emeritus of Theoretical Philosophy at the University of Helsinki. After his Ph.D. on inductive logic in 1974, his main work has been on truthlikeness, scientific progress and critical scientific realism.

“It provides the reader with a broad view of the various, distinct perspectives philosophers have taken regarding abduction. For these reasons especially, the book is an important and highly recommended contribution to the field. ... its primary strength is its success in renewing our attention on important approaches and questions that are perhaps not currently getting the consideration they deserve. … Niiniluoto's book constitutes an important and welcome new contribution to our understanding of abductive reasoning.” (Jonah N. Schupbach, Notre Dame Philosophical Reviews, August 26, 2019)
Buy options