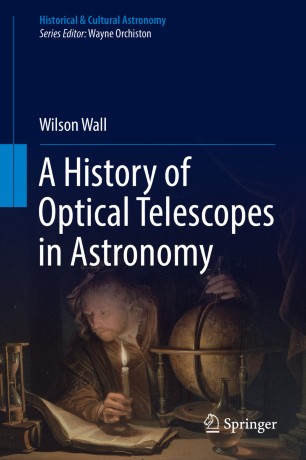 A History of Optical Telescopes in Astronomy

This book is uniquely about the relationship between the optical telescope and astronomy as they developed together. It covers the time between the telescope's pivotal invention in the 1600's up to the modern era of space-based telescopes. Over the intervening centuries, there were huge improvements in the optical resolution of telescopes, along with changes in their positioning and nature of application that forever altered the course of astronomy.

For a long time, the field was an exclusive club for self-motivated stargazers who could afford to build their own telescopes. Many of these leisure-time scholars left their mark by virtue of their meticulous observations and record keeping. Although they would now be considered amateurs, these figures and their contributions were pivotal and are covered in this book alongside professionals, for the first time giving a complete picture of the history of telescopic science.