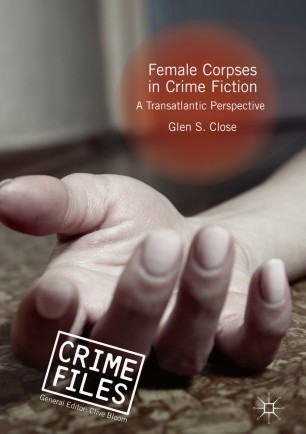 This book examines the central significance of sexualized female corpses in modern and contemporary Hispanic and Anglophone crime fiction. Beginning with the foundational detective fictions of the nineteenth century, it draws from diverse subgenres to describe a transatlantic tradition of necropornography characterized by lascivious interest in female cadavers, dissection, morgues, femicide, and snuff movies. Hard-boiled and police procedural classics from the U.S. and the U.K. are juxtaposed with texts by established Spanish and Spanish American genre masters and with obscure works that prefigure the contemporary transmedial boom in corpse-centered fictions. The rhetoric and aesthetics of necropornographic crime fiction are related to those of popular crime journalism and forensic-science television dramas. This study argues that crime fiction has long fixated disproportionately on the corpses of beautiful young white women and continues to treat their deaths and autopsies as occasions for male visual pleasure, male subjective slf-affirmation and male homosocial bonding.

Glen S. Close is Professor of Spanish at the University of Wisconsin-Madison, USA. He is the author of Contemporary Hispanic Crime Fiction: A Transatlantic Discourse on Urban Violence (Palgrave Macmillan, 2008) and La imprenta enterrada. Arlt, Baroja y el imaginario anarquista (2000).

“Professor Close presents a sober, wide-ranging, and in-depth examination of the phenomenon of necropornography — the presence of sexualized female cadavers — in Anglophone and Hispanic crime fiction as well as in prime time television dramas and other forms of mass-media culture. The subject is both age-old and timely in the era of the #MeToo movement, and this extremely important book will forever change how the reader views the use and abuse of female bodies in crime fiction, film, and television.” (Cynthia Schmidt-Cruz, Associate Professor of Spanish, Portuguese, and Latin American and Iberian Studies, University of Delaware, USA)
Buy options