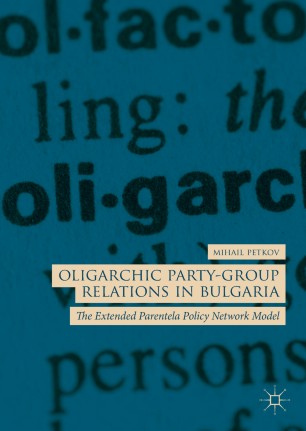 This book argues that the relationship between political parties, civil service and party insider groups in Bulgaria is oligarchic. It also argues that these oligarchic dynamics overlap with the parentela policy network, which is a relationship where a ruling party interferes with the civil service to the benefit of its own insider group. In Bulgaria, party-wide executive appointments attract businesses to seek insider status hoping to expand their activities through prejudiced regulatory inspections as one form of executive interference. Such inspections constitute a veiled attempt to coerce a business, which is in a direct market competition with the party insider or in party political opposition. Any such successful party-insider relationship forms an oligarchic elite, which then converts political access into capital and coerces its rivals into losing parliamentary elections. When ruling parties change, the cycle is repeated, as the newly formed elite seeks to check all and any rivals.
Mihail Petkov is an independent researcher and journal reviewer. Apart from Bulgarian politics, he is interested in political elites, policy-making networks, power relations between policy-making actors and the development of democracy.