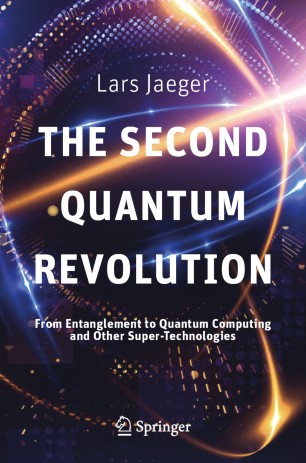 From Entanglement to Quantum Computing and Other Super-Technologies

This book tells the story of the second quantum revolution which will shape the 21st century as much as the first quantum revolution shaped the 20th century. It provides unique orientation in today's discussion and the latest progress on the interpretation of quantum physics and its further technological potential.

As you read this book the first prototypes of this revolution are being built in laboratories worldwide. Super-technologies such as nanotechnology, quantum computers, quantum information processing, and others will soon shape our daily lives, even if physicists themselves continue to disagree on how to interpret the central theory of modern physics. The book will thus also touch on the profound philosophical questions at the heart of quantum mechanics.

Dr. Lars Jaeger, 48, studied physics, mathematics, philosophy, and history and spent several years in theoretical physics research in the area of quantum field theory and chaos theory. He is author of numerous books on popular science, writes his own blogs, and appears frequently in the media on questions of science and technology. As an impetuous lateral thinker he founded two companies that use mathematical methods to model global capital markets.