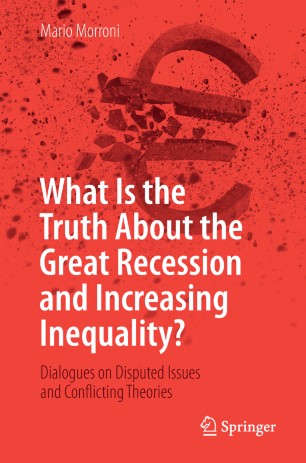 What Is the Truth About the Great Recession and Increasing Inequality?

Have you ever puzzled over the causes of the 2007–8 financial crisis and wondered how it will affect all our futures? If so, this book is for you. Using imagined dialogue between three economists with contrasting theoretical perspectives and a student who knows little about economics, different interpretations are compared in straightforward, jargon-free language. The book explores both the consequences of neoliberal economic policies based on the belief in efficient, self-regulating markets and the implications of alternative economic visions formulated in response to the Great Recession. In all, nine dialogues are presented, each of which focuses on a key theme: increasing inequality, the failure of economists to predict the crash, the reasons for fiscal austerity, the rolling back of the welfare state, the roles of the state and the market, the repercussions of the German trade surplus and the Eurozone crisis, policies to confront the crisis, environmental degradation, and the need for an industrial policy appropriate to the present day. The book will be ideal for both general readers and those embarking on the study of economics.