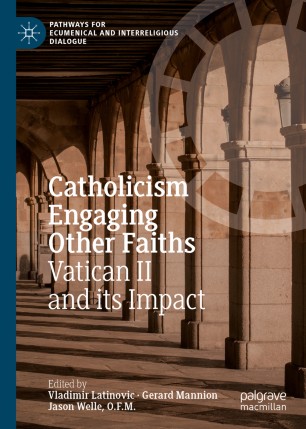 Vatican II and its Impact

This book assesses how Vatican II opened up the Catholic Church to encounter, dialogue, and engagement with other world religions. Opening with a contribution from the President of the Pontifical Council for Interreligious Dialogue, Cardinal Jean-Louis Tauran, it next explores the impact, relevance, and promise of the Declaration Nostra Aetate before turning to consider how Vatican II in general has influenced interfaith dialogue and the intellectual and comparative study of world religions in the postconciliar decades, as well as the contribution of particular past and present thinkers to the formation of current interreligious and comparative theological methods. Additionally, chapters consider interreligious dialogue vis-à-vis theological anthropology in conciliar documents; openness to the spiritual practices of other faith traditions as a way of encouraging positive interreligious encounter; the role of lay and new ecclesial movements in interreligious dialogue; and the development of Monastic Interreligious Dialogue. Finally, it includes a range of perspectives on the fruits and future of Vatican’s II’s opening to particular faiths such as Judaism, Islam, Hinduism, and Buddhism.